COMPANY HISTORY
Ravenswood Novelty Works was founded in Ravenswood, West Virginia, by Charles Turnbull in either 1931 or 1932. Besides marbles, pottery was also produced by the company. The company employed five machines to produce its own marbles, marketed as "Buddy Brand," and also may have sold marbles made by other companies, such as "Paul Bunyans," though there is evidence to suggest that they were making these latter one inch marbles themselves. Besides marbles, the company also made greenware pottery.

In either 1954 or 1955, Paul Cox, the son-in-law of Turnbull who ran the company after the demise of Turnbull's wife (who had assumed control following Charles' death), decided to close the company. It is thought, however, that industrial marbles may have continued to be made up until the closing year of the 1950s. The marble machines were subsequently sold to both the Bogard Glass Company and the Champion Agate Company. The sales to the latter company may help explain why so many Champion marbles resemble those of Ravenswood, if not in color then certainly in swirl designs.
IDENTIFICATION TIPS
Most Ravenswood marbles that are of value to collectors were swirls, both in opaque and transparent base glass. Typically, swirls with an opaque base will contain translucent to transparent swirls, while those with a transparent base often possess opaque swirls. Many transparent swirls contain one color in addition to wispy white swirls. Most were in the size range of 9/16"-5/8", though some were larger, up to one inch in diameter.

During a time when most marble manufacturers were switching from bright, albeit expensive, colors to marbles with brushed or veneered colors on a white base that were inexpensive to produce, Ravenswood was producing many marbles with beautiful color combinations. The most highly prized Ravenswood swirls are brown-based; this brown was usually light cocoa in shade and was almost exclusively used by the company, allowing them to be readily recognizable. Other common base colors, besides white, are light green, mint green, light blue, yellow, lavender, and cream. Ravenswood colors are usually subtle, yet bright, and are usually unique to the company. Swirls commonly are of two colors, though those with three or four colors are often found.

Another diagnostic trait of Ravenswood swirls is that the swirling pattern is typically very "busy" and ornate. In fact, next to Christensen Agate, Ravenswood swirls have the most complex designs of all the companies that manufactured swirls. Some even formed exquisite "flames," these, though not as popular as Christensen Agate flame swirls, often demand a good deal of money.

ORIGINAL PACKAGING
No known packaging.
RAVENSWOOD SWIRLS GALLERY
(Hover your mouse or lightly touch the image to see the type of marble. Click to view the full size image) 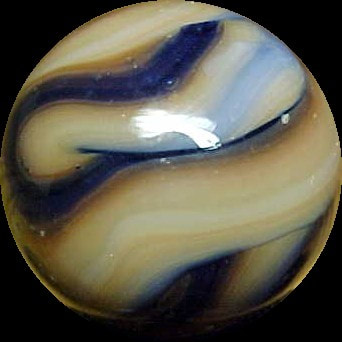 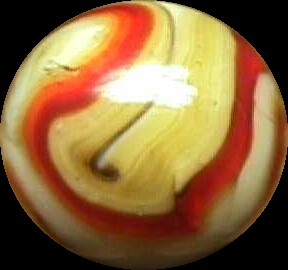 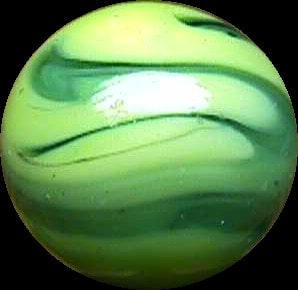 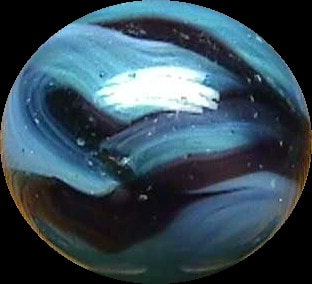 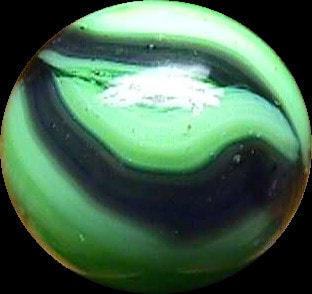 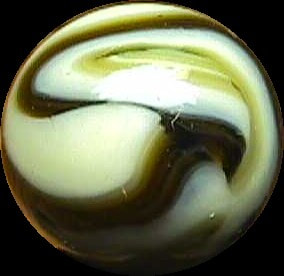 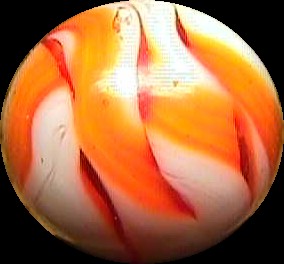 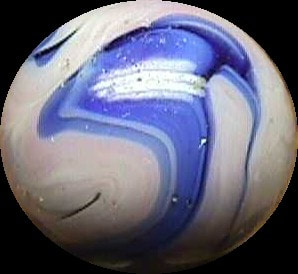 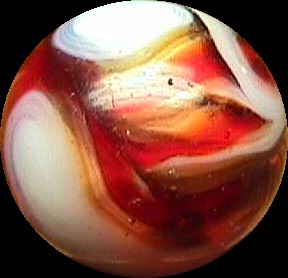 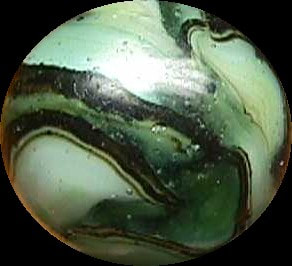 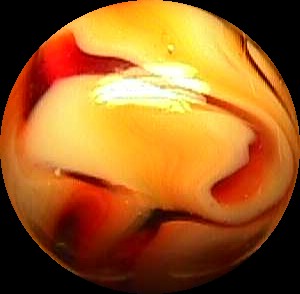 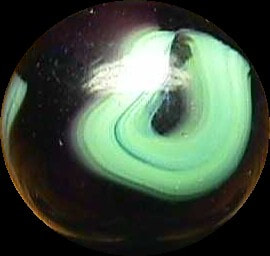 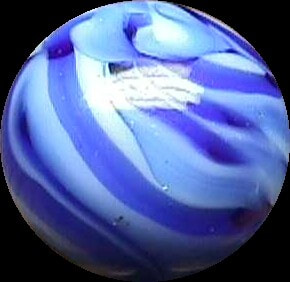 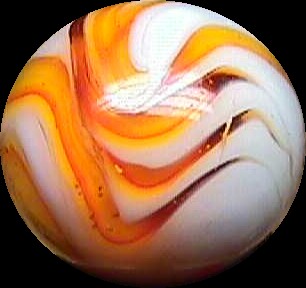 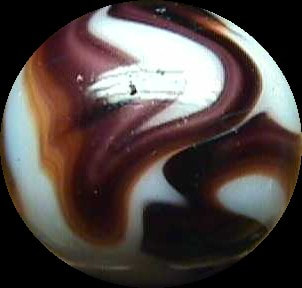 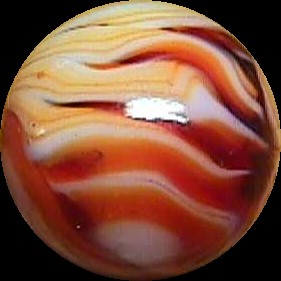 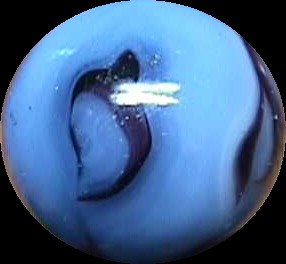 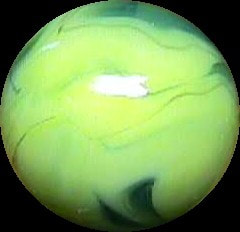 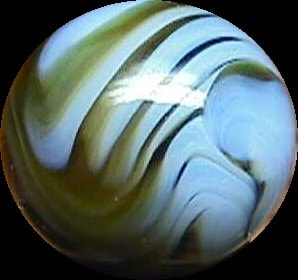 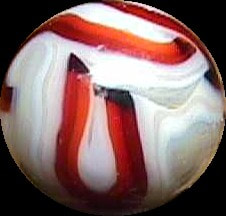 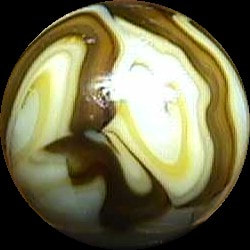 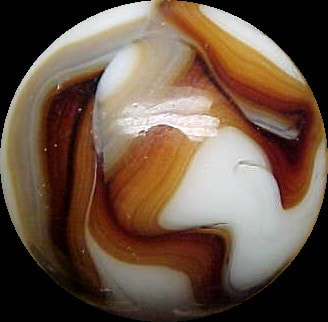 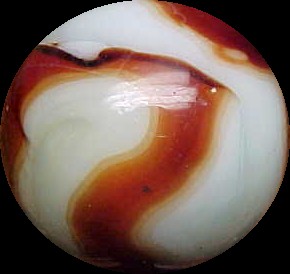 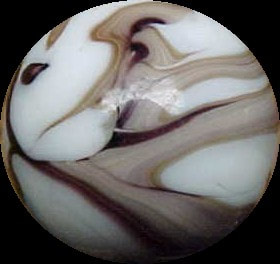 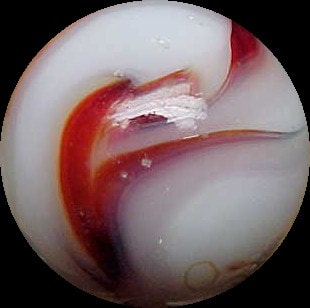 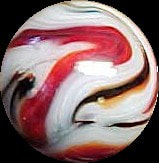