COMPANY HISTORY
The Playrite Marble Company was founded by Jesse O. Krupp on November 8, 1945. The factory site was situated in downtown Lamberton, now known as Ellenboro, on a lot now occupied by the Mid-Atlantic glass company. While Krupp serves as president, his Secretary-Treasurer was Andy Long and Lawrence Jones was in charge of production. In the spring of 1946, C.A. Wilson, Joseph E. Wilson, and Mary Jane Krupp purchased stock in the company and became co-owners.

Little is known about Playrite's marbles. Their marbles were bagged in net mesh bought from the nearby Jackson Marble Company, and in fact the only known examples also have Jackson's headers. Confusion and controversy arises, because the marbles inside these extant net mesh bags are identical in all aspects to those that have been dug from the Jackson site. Thus, while the marbles shown below were pulled from a bag owned by Mary Jane Krupp (now Wilson), they are the same as some shown on the  Jackson Marble Company  identification page. It is entirely possible that Playrite purchased Jackson marbles, too, and further research must be conducted to illustrate exactly what types of marbles were manufactured at Playrite.
IDENTIFICATION TIPS
As indicated above, Playrite marbles are found in Jackson Marble Company bags, and these marbles are identical to Jackson marbles. A number of explanations could be forwarded to explain this phenomenon, but to set aside conjecture more research will be required to settle this confusion.

ORIGINAL PACKAGING
It has been reported by a former co-owner of Playrite Marble and Novelty Company that their company purchased leftover Jackson Marble Company net mesh bags. The marbles inside the bags are the same as those dug from the Jackson site. Thus, if you are the owner of one of these rare bags, to date there is no reliable way of knowing if the marbles were manufactured by one or both of the companies, or if the bag was distributed by Jackson or Playrite.
PLAYRITE GALLERY
(Hover your mouse or lightly touch the image to see the type of marble. Click to view the full size image) 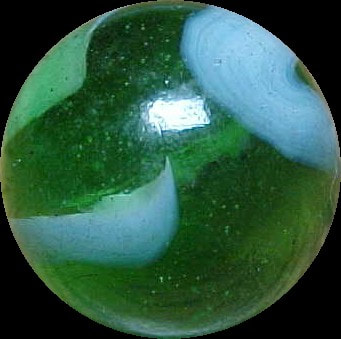 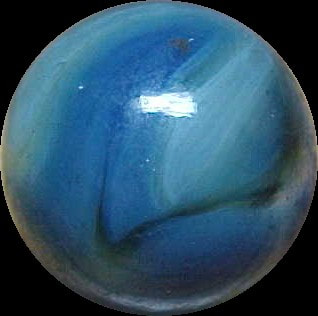 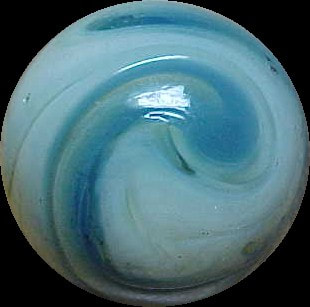 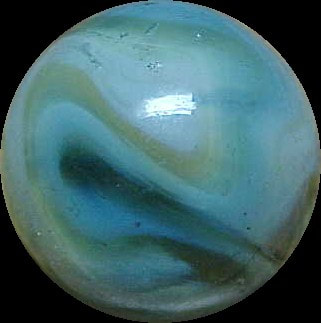 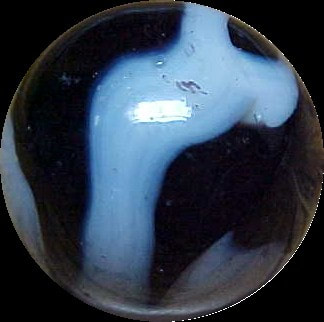 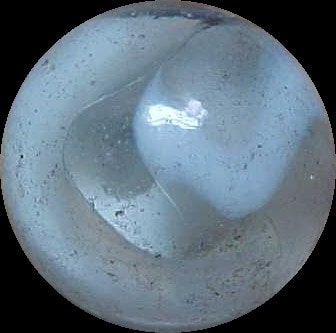