COMPANY HISTORY
The Heaton Agate Company was founded in 1939 by William Heaton. Based in Cairo, West Virginia, the company was the first to produce a catseye-type marble design. In partnership with Oris Hanlon, who left in 1947 to begin the Cairo Novelty Company, Heaton also manufactured opaque and transparent swirls until the 1960s, when production focused on catseyes, game marbles, and industrial marbles.

Heaton sold the company and its supplies to Clayton E. Bogard in 1971. Renamed the C.E. Bogard & Sons Company, the company was shortened to the Bogard Company by Clayton's son Jack in 1983. The company was shifted to Reno, Ohio, in 1987, and reorganized by Jack Bogard, Dave McCullough (formerly of Champion Agate), and Joanne Argabrite as Jabo, Inc. The continuing evolution of the company can be seen at the Jabo-Vitro Agate page.
IDENTIFICATION TIPS
Heaton Agate marbles are primarily transparent and opaque swirls, as well as catseyes and game marbles. The production of swirls stopped after the mid 1960s.

SWIRLS
About the only way to identify a Heaton swirl is to find it in its original packaging. However, there do seem to be some diagnostic traits. First, though many are white-based, the company apparently was responsible for many of the blue-based and green-based swirls that are so common. The blues and greens are available in several shades; the green-based examples usually have red swirls, which also come in several shades, while the blue-based examples have both red and green swirls. There is also a cream brown-based type that always has green swirls.

CATSEYES
Heaton Agate catseyes are the four-vane variety. The vanes tend to be very pale whitish-blue, dark blue, or light green, and are transparent. After the company was transformed into the C.E. Bogard & Sons Agate Company, the quality of the marbles seems to have declined, and the vanes are often malformed, twisted, and sometimes pressed together, rather than forming the symmetrical cross-through pattern of the vanes of Heaton catseyes. Bogard catseye vanes are also transparent, and colors include light blue, yellow, light green, red, and occasionally black.

ORIGINAL PACKAGING
Heaton Agate packaging was almost exclusively polyvinyl. However, what appears to be a very early Heaton bag, labeled "Royal Immies," is made from a stiff plastic, stapled at the top with a flimsy paper header and sealed at the bottom with cotton thread. The example I have is the only one known.

Heaton poly bags were labeled with "Big Shot" headers. The marbles are usually catseyes. However, their swirls were often bought and distributed by other companies, particularly Marble King. Their swirls are also found in genuine Mr. Peanuts bags.

When ownership of Heaton passed to the hands of Clayton Bogard, polyvinyl packaging continued to be used. These bags contain a variety of catseyes and transparent swirls. The C.E. Bogard and Sons Agate Company also sold their marbles in blister packs, which contained catseyes and were marketed as Mountaineer Shooters.
HEATON AGATE GALLERY
(Hover your mouse or lightly touch the image to see the type of marble. Click to view the full size image) 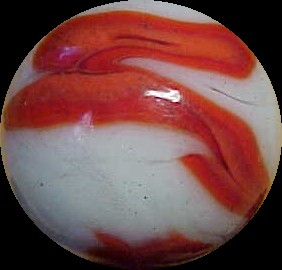 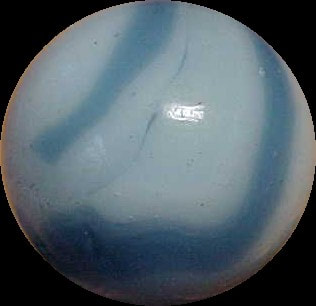 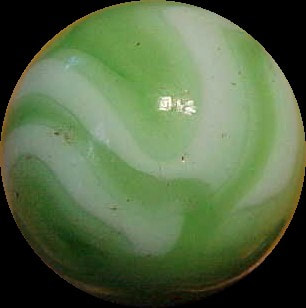 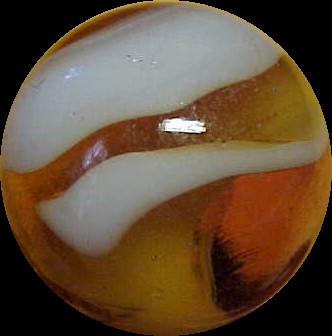 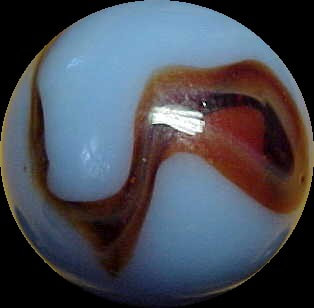 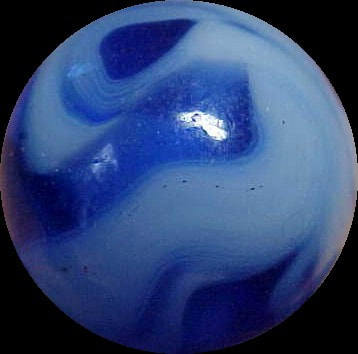 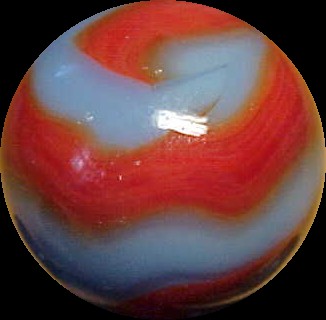 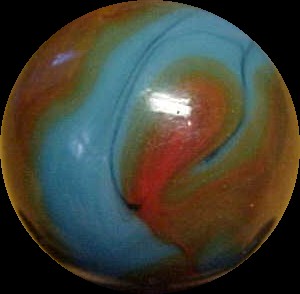 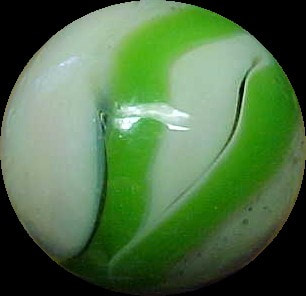 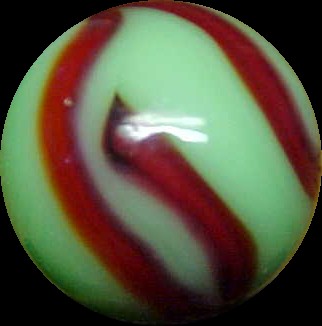 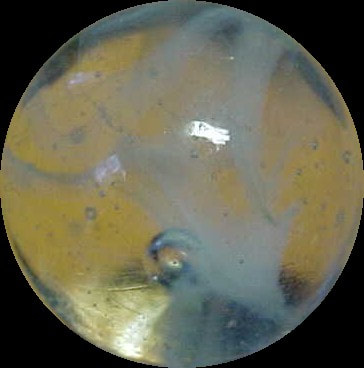 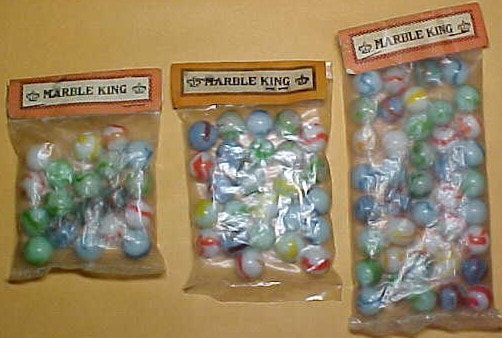 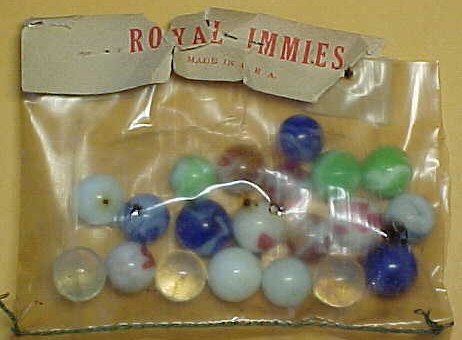 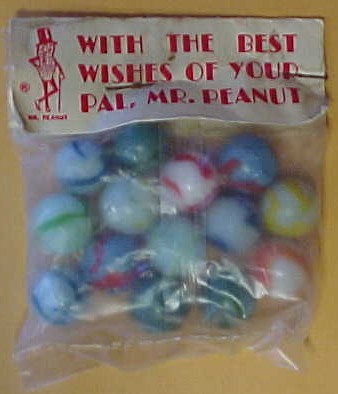 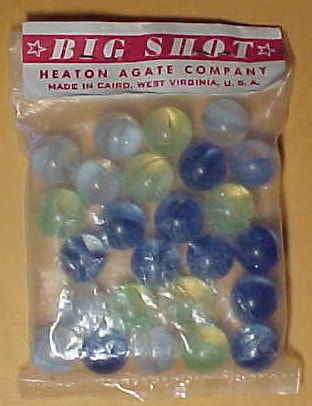 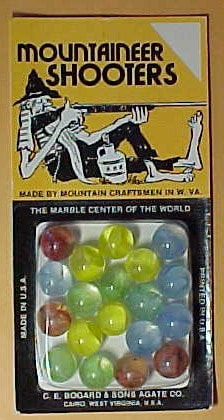