Berry Pink joined the company in 1931 but soon left. He would reappear years later when in 1949 he and Sellers H. Peltier bought the company. The name was changed to Marble King, and details on this important transformation can be seen at the Marble King page.

Alley himself designed his marble making machines, which for the time were capable of producing more marbles per minute than any other company. His marbles were distributed by Pressman, which allowed the company to become one of the largest in the world. Many of the marbles produced were game marbles, but transparent, translucent, and opaque swirls were also manufactured, along with various other designs. Some of the swirls tended to produce "flames," much like the Christensen Agate marbles of a few years before, and in fact it has been suggested that Alley purchased and used Christensen's machinery.
IDENTIFICATION TIPS
Alley marbles were produced in a wide array of sizes, with some as small as 3/8". These marbles are difficult to identify when not associated with their original packaging or with some other provenance location. Besides the usual assortment of transparent and opaque one-colored game marbles, the company produced a variety of swirls. While many of these are white-based, some contain two or three colors and are quite beautiful. Frequently, the second color of these swirls is two-toned. Many of these swirls also formed intricate flame patterns reminiscent of Christensen Agate. Some Alley Agate swirls are reputed to contain oxblood and a metallic color.

ORIGINAL PACKAGING
The only Alley Agate packaging of which I'm aware is a small (2 1/8"x13/16"x13/16") cardboard box in which three marbles were placed. These boxes are red, offset by uncolored areas in which "Allies" and "Marbles" are printed on three of the faces with a cut-out on the fourth which reveals the marbles inside. On the end flaps is printed "3 Onyx marbles." This box was distributed by J. Pressman and Company, Inc., who also packaged Alley's marbles in its "Hop Ching" Chinese Checkers games.
ALLEY AGATE SWIRLS GALLERY
(Hover your mouse or lightly touch the image to see the type of marble. Click to view the full size image) 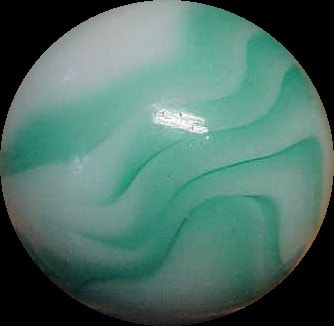 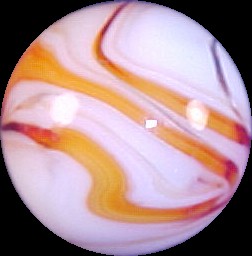 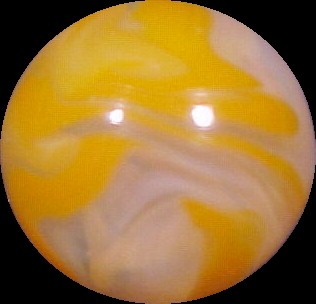 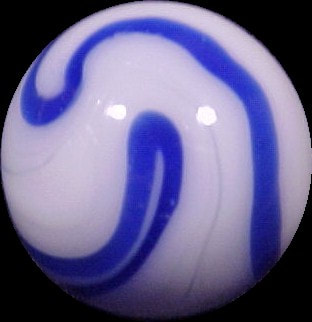 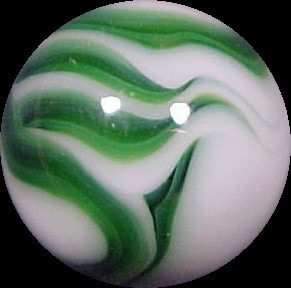 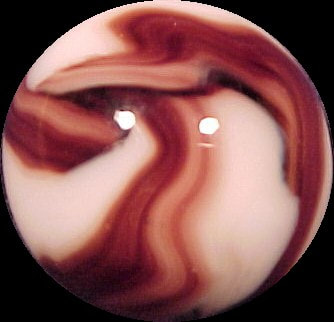 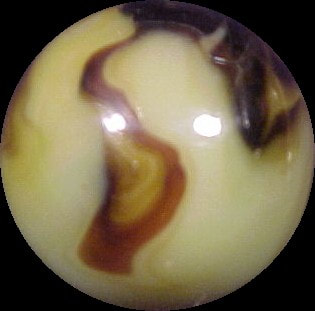 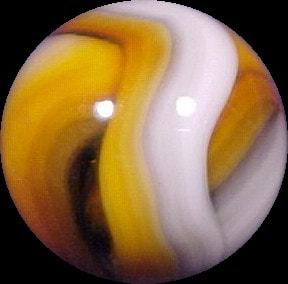 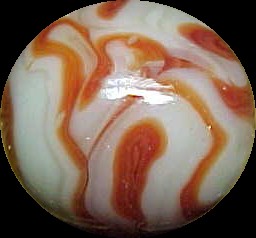 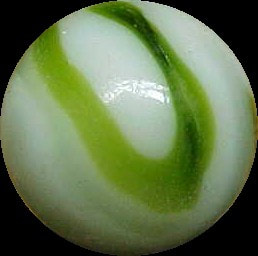 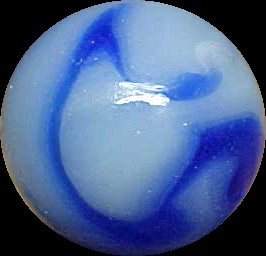 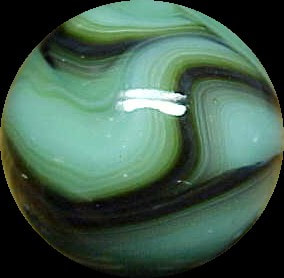 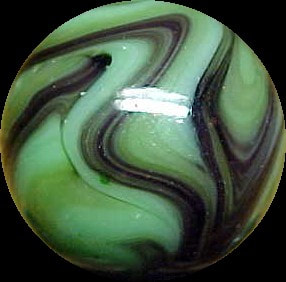 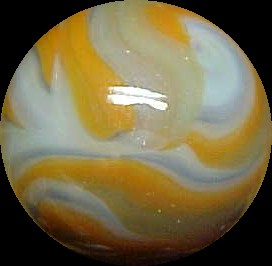 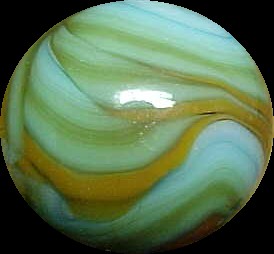 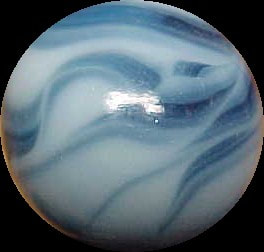 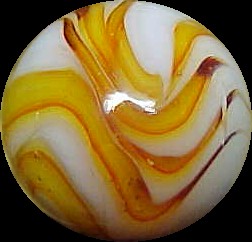 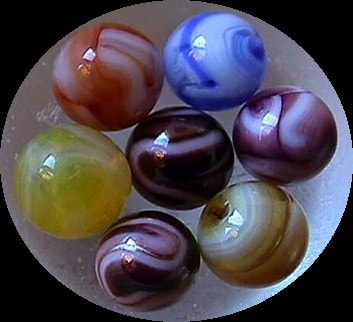 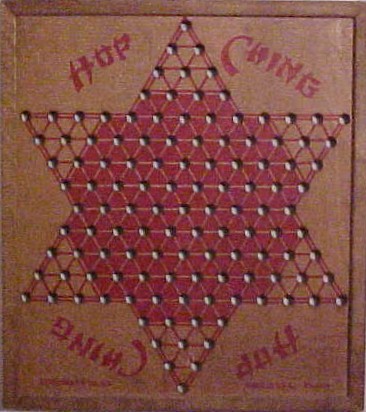 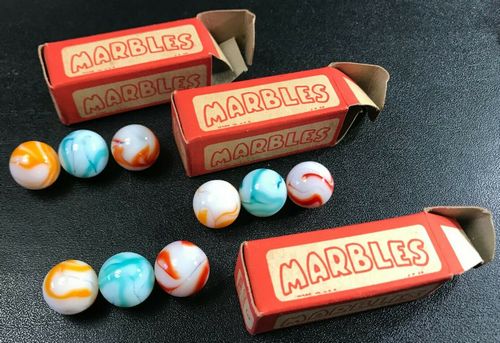